Skip to primary navigation Skip to content
You are currently searching within the The Obamacare Individual Mandate Tax is Failing the American People section.
November 15,2017

The Obamacare Individual Mandate Tax is Failing the American People

Obamacare’s individual mandate forces Americans to purchase health insurance, even if they cannot afford or do not want it, or face a steep and punitive tax. Included in Chairman Hatch’s modified mark of the Tax Cuts and Jobs Act is the repeal of Obamacare’s burdensome individual mandate tax.

FACT: The Individual Mandate Is Unpopular

According to the Joint Committee on Taxation (JCT), reducing the individual mandate penalty to zero will raise $318 billion over 10 years – money that can be used to provide further tax relief to middle-class American families. Hatch, a long-time opponent of Obamacare, has introduced legislation to fully repeal both the individual and employer mandates included in Obamacare. Last Congress, he successfully fought to have some of the most egregious parts of Obamacare delayed.

A copy of the chairman’s modified mark can be found here.

A score of the modified mark may be found here. 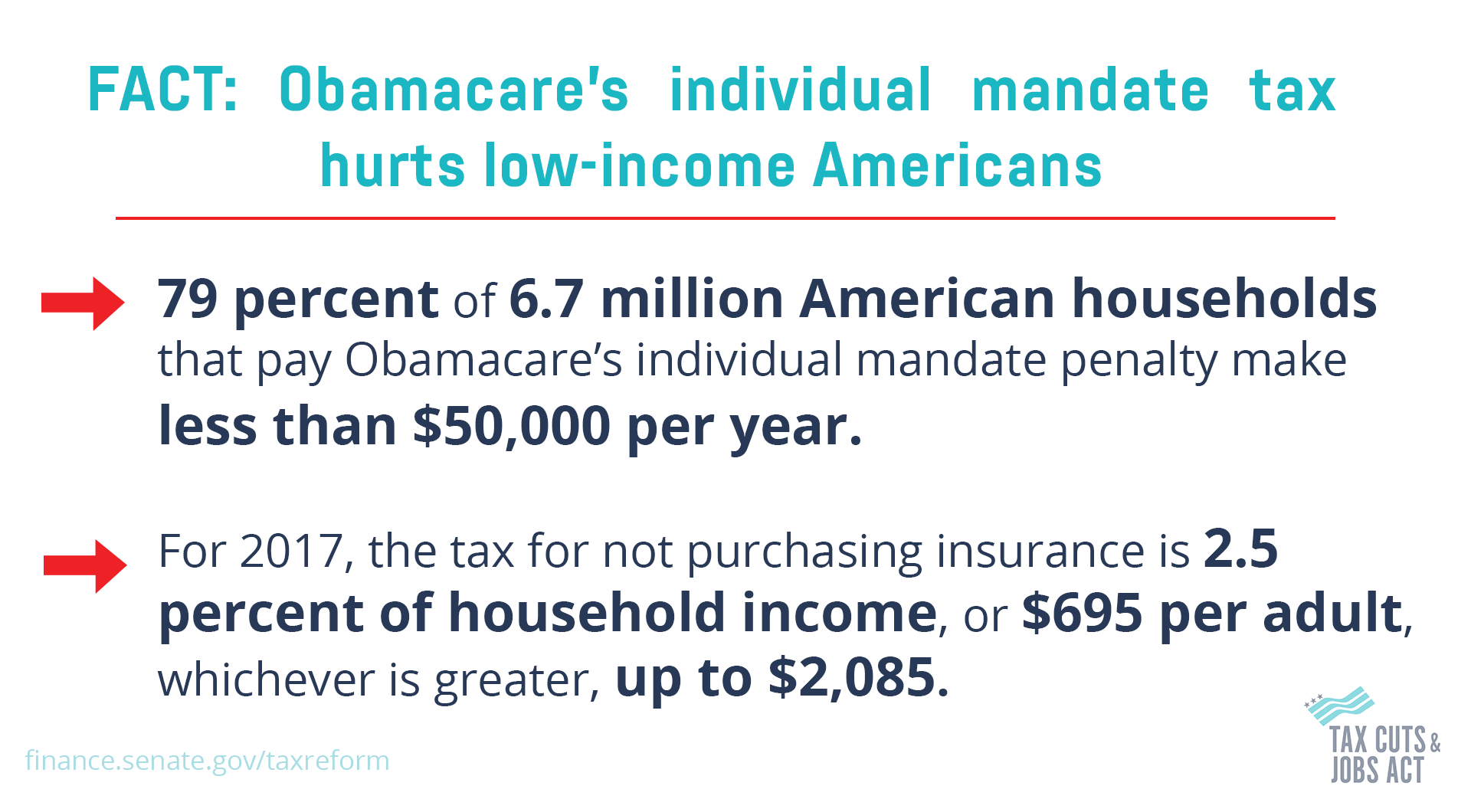